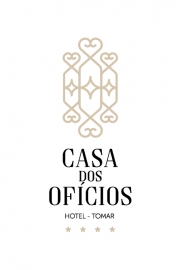 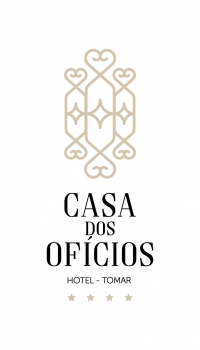 The perfect place for the craft of rest. With a large seating area with sofa bed, our suite is ready to provide a memorable stay. King size bed and spacious bathroom with toiletries and bathrobe.

Comfortable and cozy rooms with queen size bed. Each room has a wardrobe, desk with a craft dial reminiscent of each unit, TV, free wifi, telephone and minibar. In some units, original architectural elements of the building are valued. Private bathroom with toiletries and bathrobe.

With a choice of queen or twin beds, each of these spacious rooms has a large balcony with a privileged view of the Convent of Christ and the historic city center. Each room has a wardrobe, desk with a craft dial reminiscent of each unit, TV, free wifi, telephone and minibar. In some units, original architectural elements of the building are valued. Private bathroom with toiletries and bathrobe.

Generously designed rooms for your comfort. The choice of queen size bed or twin beds comes with a wardrobe, a desk with a dial reminiscent of each unit, TV, free wifi, a telephone and a minibar. Private bathroom with toiletries and bathrobe. In some units, original architectural elements of the building are valued. One of the units is accessible to people with reduced mobility..

There are heroic tales aplenty, in Portugal. Tales of indomitable people, resisting and fighting with unbreakable courage; countless episodes of a fiercely independent character, which will rather break than bend. Tomar had its share of fights, of valorous knights, of successful and failed sieges, and it was taken by force now and again. If one is to look with the distance that time affords, though, the history of the city seems to be marked rather by an uncanny ability to adequate itself to the surrounding circumstances. Adaptation became the form of resistance that Tomar developed. It is not a matter of complacency or lack of spine. We would dare say that it is a blend of survival instinct and of the laziness that comes with comfort. For who would find fault, indeed, in such a beautiful and meek valley, so decorously courting the river that runs through it?

Houses tend to live longer than those who build them. Such is the case for this one. Back in the 18th century, some family sought to affirm beyond any doubt that they belonged in Tomar and that they were due a prime seat at the very axis of power, in the street that linked the square where the Town Hall faces St. John’s Church to that other square where the pillory ominously pontificates. Its windows are mostly facing the Convent of Christ, as if guarding the ones who guard us.